In Turkey, a man tries to send a kebab into space 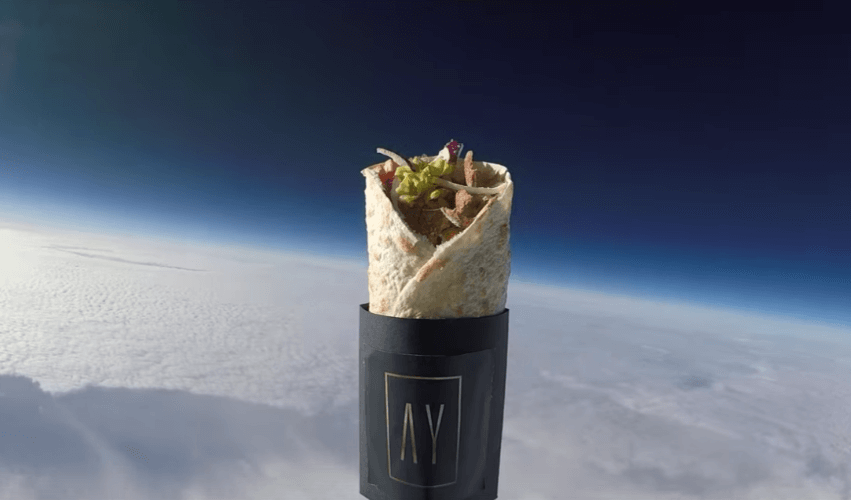 A kebab into space ? The restaurateur has meticulously thought out the packaging of his dish to project it into the heavens in the best possible conditions.

And after all, why not. A Turkish « kebabier » from the Adana region has set himself a particularly daring challenge: sending a kebab into space, details Le Parisien. This crazy project is also a way of giving a nod to the first spaceflight in history with a human on board, on April 12, 1961, with Yuri Gagarin on board. This time the crew is much leaner. Not in calories, but in weight. Yasar Aydin has placed on a polystyrene tray a skewer of this emblem of the country, which has been widely exported to the four corners of the world.

Everything was placed in a box designed to withstand the harsh conditions in space, including a camera and a GPS device to be able to observe the kebab’s journey. The Huffington Post also states that a Turkish flag was attached. « I decided to send a kebab dish into space because I wanted to be the first, » he explained. Chances are, indeed, but the restorer had some help in carrying out this experiment. « I contacted an aerospace company, and they said they could take care of it. So we did it together! »

Unfortunately for him, after several hours of flight, and an altitude of 35 to 40 kilometers, the helium balloon which housed the dish exploded. The package ran aground in the Mediterranean, some 120 kilometers from where it had taken off. However, the Huffington Post reports that Yasar Aydin and his friends were able to fish out the package, which held up and was still edible. Failing to have succeeded in making him reach space, it is a good consolation prize…