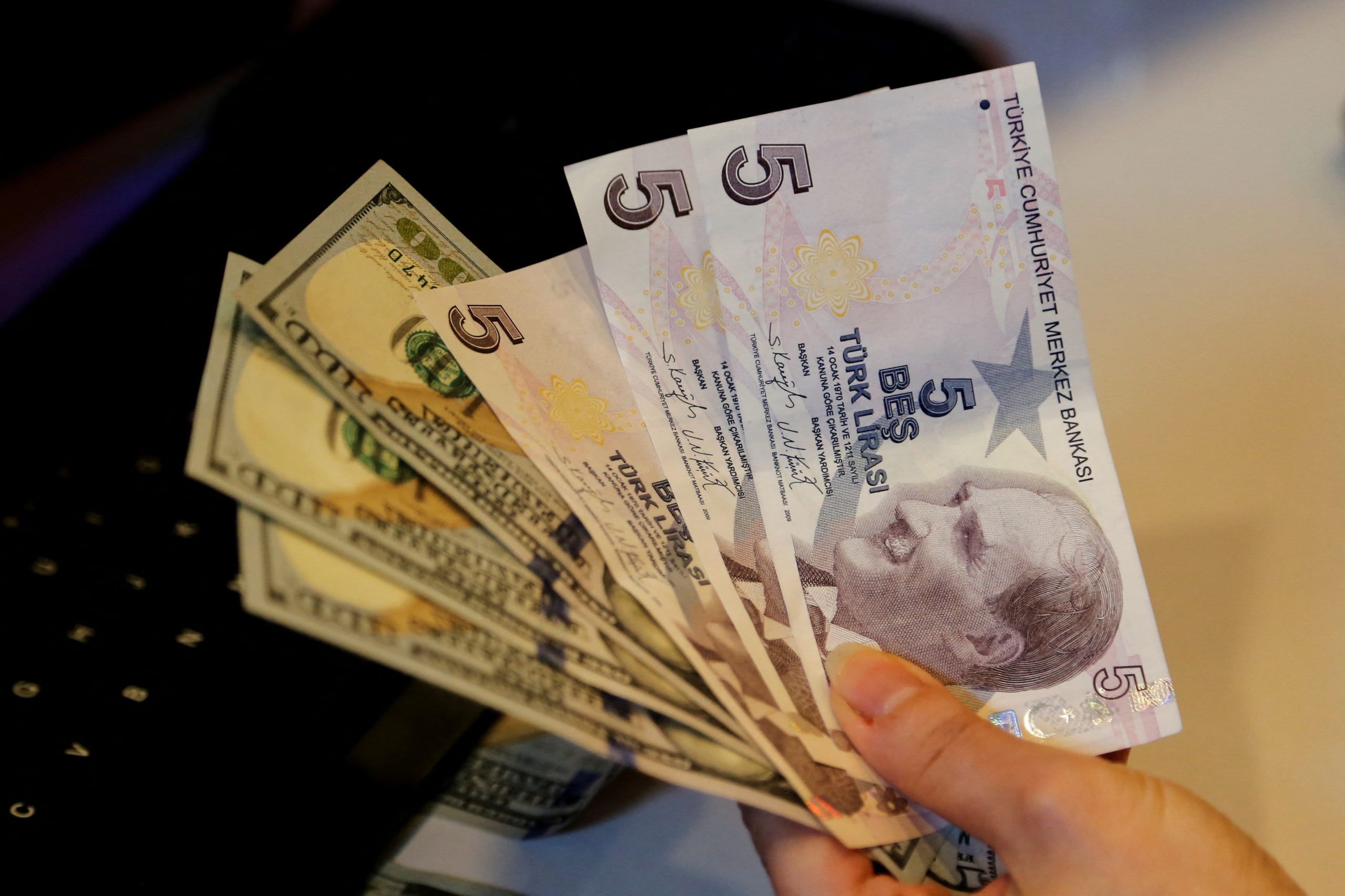 On Monday, the symbolic threshold of 15 Turkish liras (turkish currency) for 1 US dollar was crossed again. A depreciation that could cost the Turkish Treasury very dearly.

Last year, the Turkish currency lost 44% of its value against the dollar. The Turkish national currency is experiencing structural weaknesses, as Timothy Ash, an analyst at BlueBay Asset Management, reminds us: “The pound is very vulnerable, with a large current account deficit, a lot of short-term external debt, and a weak foreign exchange reserve. foreign. »

But it was the fall in the key rate of the Central Bank of the Republic of Turkey (BCRT) that precipitated its depreciation. Between September and December 2021, this rate fell from 19% to 14%, and Recep Tayyip Erdogan refuses to raise it to fight against the inflation which is hitting the country, nearly 70% over one year in April according to official figures.

This heterodox monetary policy aims to stimulate Turkish growth, increase the competitiveness of its products for export and facilitate access to credit for households.

On December 19, in full collapse of the pound, the Turkish president justified this choice from a religious point of view, as a way of limiting usury: “We are lowering the rates. Don’t expect anything else from me. As a Muslim, I will continue to do what the religious decrees prescribe”. At the height of the crisis, on December 20, the dollar was close to 17 Turkish liras.

A double-edged deposit guarantee
To save the pound, the central bank’s leeway is now very limited. “The BCRT has very few foreign exchange reserves, it is difficult to know how much more it can use to support the pound without risking a systemic crisis, perhaps 20 billion dollars”, estimates Timothy Ash. In this context, to encourage Turkish citizens not to convert their savings into foreign currency, the government announced on December 21 a deposit guarantee mechanism.

Coupled with an intervention on the markets, this decision had made it possible to appreciate the national currency, which remained until Monday May 9 under the bar of 15 Turkish liras for 1 American dollar. But the principle of this mechanism for protecting deposits against variations in the exchange rate is based on a dangerous gamble.

Thus the Turks can invest their savings for a period of three, six, nine or twelve months, at the rate of 14%, that of the BCRT, and in the event of a depreciation of the pound against the dollar, the Public Treasury compensates the saver. based on the exchange rate on the date of filing. As long as this policy made it possible to curb the depreciation of the Turkish currency, the bet was a winner. But Timothy Ash warns: “If the pound crashes, the Treasury will end up with a huge bill. »

Not to mention that high inflation makes the interest rate of this investment derisory, and that a withdrawal of funds before maturity causes a loss of interest and exchange rate compensation. With the pound falling again and record inflation, the gamble could turn out to be a double loser: for the Turkish public treasury as well as for savers.

The state is well aware of the danger. The « Financial Times » reports on Thursday that Turkish banks are under pressure from the government to limit the sale of pounds by foreign investors present in the country, in order to avoid a downward spiral on the currency, and limit the cost for public finances.