Turkish President : « Our doors are open and they will remain so » 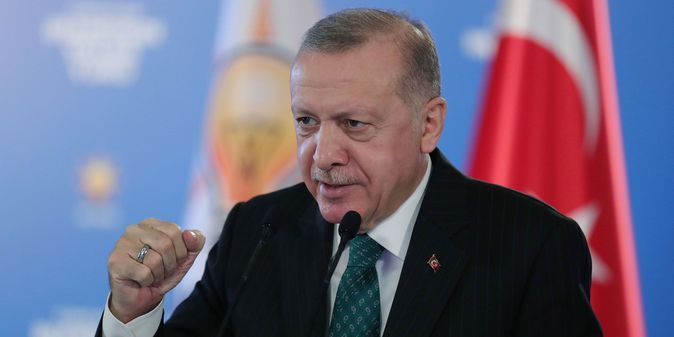 This Monday, May 9, on the occasion of the 32nd anniversary of the employers’ organization MÜSIAD (Association of Independent Industrialists and Businessmen), the Turkish President declared that Syrians could « return to their country whenever they wish ». , that « Turkey would never deport them ».

The Turkish President wanted to react to a debate around Syrian refugees, fueled in recent days by politicians (Zafer party in particular) who are asking for their return to Syria, while Turkey is going through a major economic crisis.

During this meeting with Turkish businessmen, President Erdogan also indicated that around 60,000 houses had been built in northwestern Syria (considered safe), and that the objective was to reach the 100,000.

On May 3, The Turkish President Erdogan indicated that his country was preparing for the « voluntary » return of 1 million refugees to northwestern Syria, when he inaugurated (via videoconference) a new housing project ( cinder block houses) in Idlib.

« We are preparing a new project that will ensure the voluntary return of one million of our Syrian guests, » the Turkish president said at the time. He also noted: « Around 500,000 Syrians have returned to the safe areas liberated by Turkey thanks to the operations carried out since 2016 ».

Turkey officially hosts more than 3.6 million Syrian refugees, and many opposition parties regularly call for their return to Syria (CHP, İYİ party in particular), so that the subject will most likely be part of the campaign to the general elections which should be held in 2023.

On the occasion of Ramazan Bayramı (Aïd-el-Fitr) at the beginning of May, the Ministry of the Interior had prohibited Syrian refugees from leaving for Syria to visit their relatives (visits now limited to funerals, or permanent returns) , a first since the start of the war in 2011.

Turkish President Recep Tayyip Erdogan, whose country hosts more than 3.6 million Syrian refugees, vowed yesterday never to forcibly return them to Syria. « We will protect until the end our brothers driven out of Syria by the war (…) We will never expel them from this soil », declared the Turkish president, denouncing the remarks of the leaders of the opposition who regularly demand the dismissal Syrians in their country. “Our door is wide open, and we will continue to welcome (Syrians). We are not going to send them back to the mouths of the murderers, ”he insisted, about the regime of President Bashar al-Assad in Damascus, before an assembly of entrepreneurs. Several Turkish opposition parties regularly call for the return of millions of Syrian refugees to Syria. Thus, last week, the CHP (Republican People’s Party), one of the most important, assured that if it came to power in the legislative and presidential elections of June 2023, all Syrians should have left Turkey  » within two years”. Last week, the Turkish head of state announced that he was preparing « the return of one million » Syrians to their homes on a voluntary basis by financing, with associations and international aid, suitable housing and structures in the north. -Western Syria, the last rebel square escaping the power of Damascus.