Turkey: The strengths and challenges of growing Turkish tourism 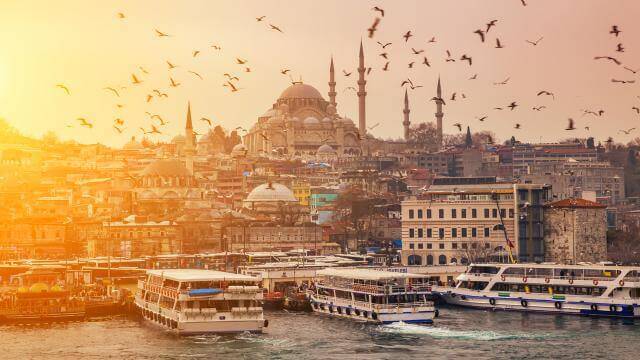 Turkish tourism is gaining more and more ground. In the middle of summer, the countries of the world are doing all they can to attract more tourists, including Turkey. This country has countless assets that make it a destination of choice for tourists. However, it also faces challenges to further develop its tourism sector.

Turkey: The strengths and challenges of growing Turkish tourism

ANALYSIS – In the middle of the summer, countries around the world are doing everything they can to attract more tourists, including Turkey. This country has countless assets that make it a destination of choice for tourists. However, it also faces challenges to further develop its tourism sector.

With its 10% share in the world economy and 320 million jobs, the global tourism sector occupies an important place.

For Turkey too, tourism generates significant income. Turkey’s tourism revenue, which was $10 billion in the early 2000s, reached $35 billion in 2019 growing by more than 250%. The number of tourists rose from 20 million to 51.7 million. In the tourism sector, whose share in the national income varies between 3 and 4.6%, an average of 700 to 850 dollars is spent per tourist. The average, which can vary according to the country of origin, can reach up to 2000 dollars for those coming from countries like Japan, Qatar and Kuwait, and it can go down to 650 dollars for those coming from countries like Russia and Ukraine.

Having welcomed 51.7 million tourists in 2019 and earned $35 billion in revenue, Turkey is the sixth country in the world, receiving the most tourists. It is also one of the largest tourist economies in the Mediterranean region.

The coronavirus epidemic: a brake on the growth of the tourism sector

However, the year 2020 was marked by the coronavirus epidemic which hit the global tourism sector hard, in Turkey as well as in the rest of the world. Despite the cancellation of hotel and flight reservations, the rapid implementation of national measures against the epidemic allowed Turkey to survive such a global crisis without too much damage.

The two years following the worst year of the pandemic have allowed Turkey to gradually make up for its losses in the tourism sector. The number of tourists, which fell to 15 million in 2020, rose to 30 million in 2021.

According to data revealed at the end of July 2022 by the Turkish Statistical Institute (TUİK), Turkey’s tourism revenue increased by 190.2% in the second quarter of the year compared to the same period of the previous year. and reached 8 billion 717 million 103 thousand dollars. During the said period, 70.4% of foreign visitors visited Turkey mainly for “travel, entertainment, sports and cultural activities”. “Visits to relatives and friends” took second place with 14.8%, and “shopping” took third place with 6.7% of visits in Turkey.

Impact of the war in Ukraine on Turkish tourism

If the year 2020 caused a crisis in the tourism sector due to the pandemic, the year 2022 was also marked by the war in Ukraine. It is therefore possible that the Turkish tourism sector will be affected knowing that tourists from both countries occupy an important place among tourists visiting Turkey. “The revival of tourism in Turkey stopped in full flight by the war”, writes France 24 in its article of March 6.

It is also a subject that was discussed during the meeting of Turkish President Recep Tayyip Erdoğan with his Russian counterpart Vladimir Putin in Sochi on August 5. « Ukraine: Turkey wants to revive Russian tourism, despite the risk of sanctions », headlined TF1 its article in this regard. After this meeting where the two leaders pledged to strengthen economic cooperation between their countries, « five Turkish banks should start using the Russian payment system Mir, set up in 2014 in Russia to circumvent sanctions after the annexation of Crimea », specifies the article, underlining that « this partnership around the Mir system, which has only been adopted in around ten countries close to Russia, clearly aims to reboost tourism in Turkey, which has been undermined by two years of Covid”. However, the Western press, including the Financial Times, warns Turkey of the possibility of a response if it helps Russia to escape Western sanctions.

Another area in which Turkey has specialized in recent years is medical tourism. “Why Turkey has become a hotspot for global cosmetic tourism,” titled its July 21 article The Middle East Eye, explaining its success by price and speed of processing. Visitors come mainly from Europe, Africa, Russia and the Gulf countries. The main motivations that lead visitors to choose Turkey are dental, hair and aesthetic medical tourism.

In conclusion, Turkish tourism is booming despite health and geopolitical obstacles. It is not limited to traditional tourism but is reinventing itself through the development of new areas. The importance that Turkey is gaining on the international scene is also a factor that contributes to its better communication in the world. Turkey is endowed with all the necessary assets to be among the top three tourist countries in the world in the near future.