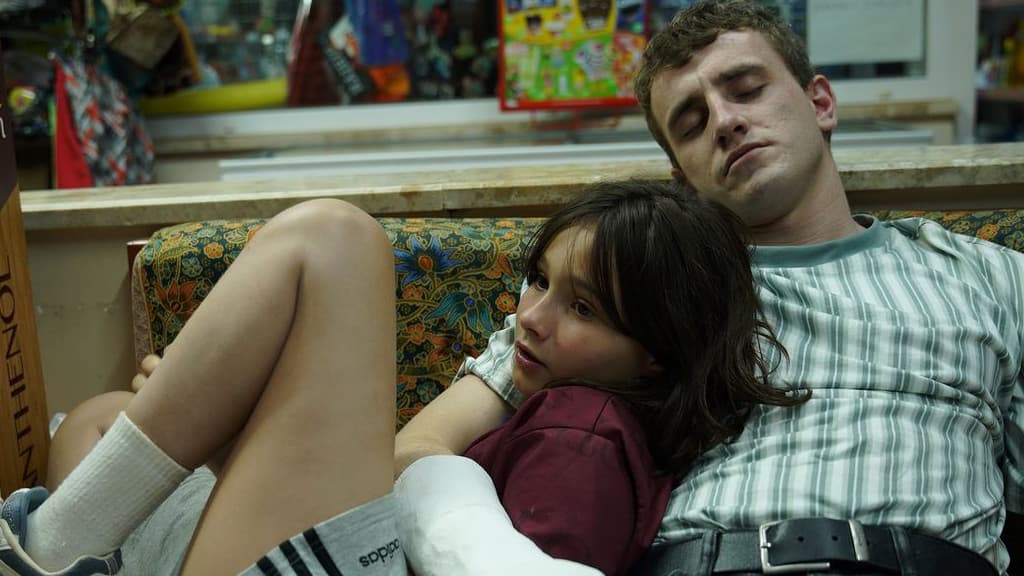 The magnificent « Aftersun » by Charlotte Wells, which recounts the trip to Turkey of a father and his eleven-year-old daughter, was awarded the grand prize at the 48th American film festival in Deauville.

The grand prize at the 48th Deauville American Film Festival was awarded on Saturday evening to « Aftersun » by director Charlotte Wells, a poignant film about the relationship of a father on vacation with his eleven-year-old daughter.

This feature film, which succeeds Diego Ongaro’s « Down with the King » on the charts, received the festival’s highest distinction. This year, the selection gave pride of place to first films by directors who were mostly unknown to the public, with eight out of the thirteen in competition.

« Aftersun », whose release date on screens in France is not known, is the first feature film by director Charlotte Wells, born in 1987 in Scotland and who lives in New York. In a video message broadcast in the main hall of the festival, she expressed her « tremendous honor ».

This very personal and moving film tells the story of the summer holidays of an Englishman at the end of the 1990s, played by Paul Mescal (especially known in the « Normal People » series), aged around thirty, with his eleven-year-old girl (played by Frankie Corio) on the Turkish coast.

After scenes of joy and smiles, we perceive by small touches areas of crack in this divorced man, a little lost, and who captures with his camcorder moments of happiness with Sophie, full of life.

« Through the art of staging, the director manages to make a miracle out of every moment filmed », enthused with AFP the president of the jury Arnaud Desplechin.

Yasmina Khadra, another member of the jury, judges « Aftersun » « very moving, with this little girl who tries to save her father, to prove to him that life is worth living. « I liked this report. Suddenly, she is the mother of her own father and she tries to enchant him”, reacted the writer.

Léa Drucker, also a member of the jury, said she was « carried away » by this « impressionist » film. « I started crying right away. You feel like you’re in someone’s memory and it’s extremely subtle, » the actress said.

The jury prize was awarded to two films: « War Pony », immersed in the Native American world, by Gina Gammell and Riley Keough, and « Palm Trees and Power Lines », a film about adolescence, by Jamie Dack.

The critics’ jury, made up of five journalists, also awarded its prize to « Aftersun », which also won the « French Touch » prize in Cannes in May.

Finally, the public prize, chosen by the festival-goers who were able to vote, went to « Emily The Criminal », which traces the journey of a woman sinking into crime in California.